The Sandbox has released the 2022 Land Owner roadmap, which has exciting perks and benefits for LAND Owners. The Sandbox has expressed its intention to grow and build the Metaverse with landowners in this roadmap. The roadmap states various features such as claiming, staking, buying $LAND tokens, and huge $SAND airdrops worth $5 million. A Sandbox discord AMA session will be hosted on May 20, 2022, at 3 PM UTC to further discuss all the programs with LAND Owners. 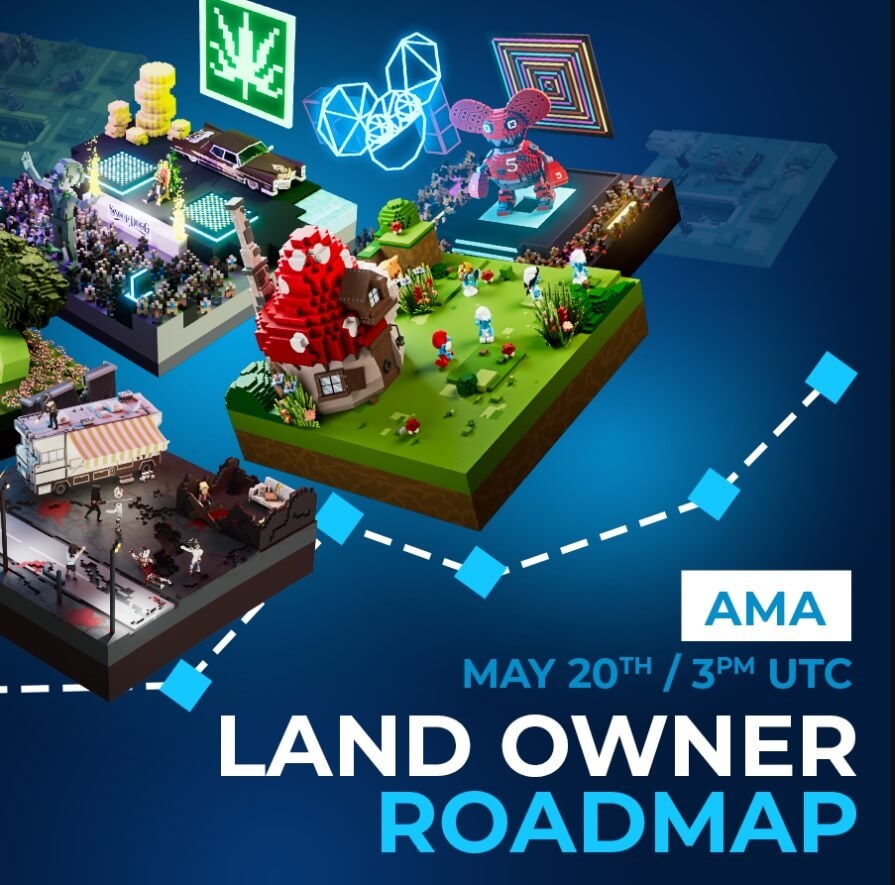 Perks of being a LAND owner in The Sandbox

LAND owners will gain more priority than other players in The Sandbox’s upcoming Alpha Season 3. LAND owners can stake $SAND per LAND and can earn up to 90% in return. $10 million worth of $SAND has been allocated just for LAND Owners for staking. The $SAND airdrop value will be doubled to $5 million for all LAND owners, and the second round of exclusive $SAND drop for LAND owners will happen in September 2022.

Timeline of the events throughout the year

Exclusive $SAND Airdrop: A $5 million worth $SAND airdrop will be held in May 2022 to reward LAND owners. The LAND owners can claim $SAND based on minimum score and tier. The different Tiers are unique, proprietor, magnate, tycoon, and mogul. The maximum $SAND token that can be won is 10,000. The tier, amount, and minimum score are as follows:

New Sales System: A new sales system will be introduced that will provide more security with the help of KYC authentication. This will ensure a fair distribution of tokens via a raffle system. The above feature will be implemented in September 2022.

Organizing meet-ups: The Sandbox has planned to connect communities for discussion and exchange to enhance the web3 community. Major events and gatherings will be organized worldwide by The Sandbox to connect LAND owners, innovators, and players. The Sandbox will also attend the NFT.nyc in June 2022 – The annual NFT industry event.

Improved Staking system: The Sandbox will bring the community a new and improved staking system. When the development is complete, the staking multipliers will return on Polygon Layer 2 for SAND. A total of $10 million $SAND reward for LAND owners will include LAND staking in July 2022. According to the new staking system, you have to own LAND for staking, and the maximum SAND that can be staked has also been capped.

What is LAND in The Sandbox?

LAND is NFT or digital asset in The Sandbox metav